Findorff is pleased to announce the recent promotion of Matt Breunig to Vice President of Operations.

In his new role, Matt’s areas of focus now include enterprise risk management and business operations for our Milwaukee office. Matt joined Findorff in 2006 as a Project Manager, starting his project portfolio with the construction of University Square in downtown Madison. In 2016, he was promoted to Director of Project Management and has been an instrumental part of Findorff’s education team, spearheading K-12 education efforts such as referendum planning and day-to-day oversight of all project management activities.

Findorff Chief Operating Officer, Brian Hornung has worked alongside Matt during the past decade. Brian said the following about Matt: “We are very excited to announce Matt’s promotion to Vice President of Operations. Matt’s strong commitment to Findorff’s perpetuation and excellence in leadership continues to move Findorff in growth and innovation. We are grateful for his expertise and commitment to leading the next generation of industry professionals.”

During his tenure, Matt has overseen and supported the construction of over $1 billion in education projects. He has been involved with Leadership AGC, Leadership Greater Madison, and was a recipient of In Business magazine’s 40 Under 40 Class of 2017. Matt currently serves as the American Red Cross – Southwest WI Chapter Board Chair.

Congratulations Matt on your well-deserved promotion! 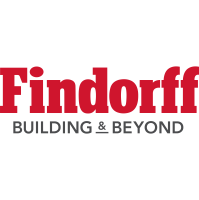