VISION
Lack of proper dental care can cause many ailments from systemic disease, i.e. heart disease, diabetes, etc., to lack of self -esteem, anxiety, and anti-social behavior. By providing quality service to our Veterans, we will be able to help them regain their confidence which will enable them to live more productive and healthy lives. There are numerous programs that are worthy of outside financial support and would be encouraged and grateful to have the support needed to continue serving our Veterans.
There is a population of donors that we intend to reach who desire giving to a philanthropic cause that helps the health and well-being of our Veterans, but do not know who to support. We will give them an opportunity to give toward those services without having to identify , and more importantly, ‘vet’, the program themselves.

REASON TO CREATE DENTAL FUND
It is a well known and accepted fact that there is a lack of access to dental services for our military Veterans once they transition out of active duty. Unless a Veteran is declared 100% disabled, the Veterans Administration ( VA ), does not offer dental care. This after having the World’s best dental care, all the while on active duty. As a result, many of our Veterans are suffering from poor oral
hygiene which can cause systemic disease, lack of self-esteem, and many retire from society. There are some existing programs which are greatly underfunded which prevent them from reaching their full potential . Many in the dental profession want to provide services, but cannot establish programs without adequate funding. Likewise, there are many corporate and individual donors who are very interested in supporting healthcare services for Veterans, but do not know where, and how to donate and support. By establishing a non-profit entity, we will be able to identify these organizations and provide donors with the opportunity to support worthy and effective dental programs of impact, thru a trusted and knowledgeable TEAM.

IMPLEMENTATION
Given our considerable connections and relationships in the dental profession, we will research and identify worthy programs. We will create and disseminate Grant Applications which will be submitted and then reviewed by a qualified review committee who will determine which Programs will receive financial support from the Fund. We will approach and ask the community of corporate and individual donors to contribute to the Fund, and will provide reports of how their donations are used and the Impact their dollars have on providing dental care to qualifying Veterans.

Linda Tarrson
Linda was employed by and served on the executive Team of the John O. Butler Company, which manufactured oral hygiene products in Chicago. The Company was sold to Sunstar in 1988, and Linda and her late Husband Bud Tarrson retired from the Company and began a life of charitable giving and service. They established the Bud and Linda Tarrson Fellowship at The American Academy of Periodontology, The Tarrson Endowed Chair, Department of Periodontology, UCLA School of Dentistry, Tarrson Family Dental Clinic, USC, Tarrson Building UNC- Chapel Hill School of Dentistry. Following
Bud’s passing in 1999, Linda established the Bud Tarrson Community Service Award at The American Dental Association, in Bud’s memory. Linda is an Honorary Member of the International College of Dentistry, American Dental Association, and the American Academy of Periodontology. She also served on the Board of the American Dental Association Foundation, American Academy of Periodontology Foundation, Oral Health America Foundation, UNC Dental Foundation, UNC Board of Visitors, of which she was Vice-Chairman, and Chairman. She is also a Member of the Board of Councilors at USC Ostrow School of Dentistry, and UCLA School of Dentistry. In 2013, Linda Co-Founded CreatiVets, which is a non-profit serving Veterans by helping them heal from PTS and TBI’s through art programs at
SAIC ( School of the Art Institute, Chicago ) USC ( University of Southern California ) and VCU ( Virginia Commonwealth University ), and songwriting programs in Nashville TN

Kyle R. Arneson
Kyle is the Founder of World Leadership Partners, a business coaching and consulting practice that engages exclusively with Entrepreneurs, Business Owners, Corporate Clients and Philanthropic Organizations. The Practice is accredited with Dr. John C. Maxwell, the World’s foremost authority on
Leadership and Growth, and The John Maxwell Team, allowing him to pour into clients via an incredible intellectual property reservoir. Kyle is also a decorated United States Marine Corps Veteran. Over the last thirty years he has held numerous leadership positions within the financial services industry such as private banking, wealth advisory, capital funding, and corporate debt restructuring. Kyle continues to actively support programs that empower and enrich lives of our Veterans. Kyle is also a Co-Founder of The Chicago Marines Foundation. He has worked on multi-million dollar fundraising campaigns for Veterans and their Families at RUSH University Medical Center, and The Lone Survivor Foundation.

Dr. Lawrence Fung
Born and raised in Southern California, Dr. Fung currently resides in Marina Del Rey. A three-time graduate of USC ( Dental School, Business School ). Post Dental School graduation, Dr. Fung served as a Naval Officer in the United States Navy, including two years overseas with the Marine Corps in Okinawa, Japan. Dr. Fung is the owner of Silicon Beach Dental a cosmetic dental practice located in Playa Vista, adjacent Culver City. Dr. Fung is also an active Board Member for USC athletics and main campus Board of Governors. In his leisure time he enjoys spending time seeking out new restaurants, traveling, and being outdoors especially on the water.

Court Harris
Court Harris is the Co-Founder of South Gate Strategies, a strategic communications and public relations firm in Chicago. Prior to South Gate Strategies, he spent five years in the consulting and tech start-up space focused on helping scale companies and effectively manage their customer experience. Previously, Court served as a US Army Officer with multiple combat deployments and worked on the NATO Staff during Operation Enduring Freedom in Afghanistan. Constant across all his endeavors is the importance of understanding constituents, stakeholders, and customers, while communicating in a way that resonates with them. Court graduated from the United States Military Academy at West Point and is currently a graduate student at the Medill School at Northwestern University. In addition to his role on the OVS Board, Court serves as the Chairman of the Board at Chicago Executive Airport and is the Vice-Chair of the Chicago chapter of the West Point Association of Graduates.

Scott Jens
Scott is a serial entrepreneur whose career started as a Doctor of Optometry as a Co-Owner of a multi- doctor multi-location eye clinic group in Madison WI, where he practiced eye care for twenty-five years. While serving the eye care profession as a volunteer, he became an expert in medical records and went on in 2006 to Co-Found RevolutionEHR, the eye care industry’s first SaaS electronic health record system, to which he served as CEO through 2018. He continues to serve on boards and fund software startups, and in 2019 joined Pax Capital Partners, a Silicon Valley investment bank, as Managing Director and Executive-in- Residence.

Sharon Mellor
Sharon K. Mellor, PhD, CAE has spent more than 35 years as a staff leader and a volunteer Board member in the nonprofit sector. Most recently she has served as the CEO of the National Orthopaedic Research and Education Foundation. Her experience also includes the positions of Executive Director of the American Academy of Periodontology Foundation and the Associate Executive Director of the Oral and Maxillofacial Surgery Foundation. She has been an Associate Vice President of the College of DuPage and Director of Communications of the American Osteopathic Association. Mellor achieved the Certified Association Executive designation. She has a PhD in Organization Behavior and Development with an emphasis in nonprofits from Union Institute and University. Her MBA is from Loyola University of Chicago and her BA from Purdue University. She also has complted the Health Executives Development Program from Cornell University. In addition to her work with OVS, Mellor is a Board member and treasurer of the Anna Porter Public Library in Gatlinburg, TN. She was a founding Board member and Vice Chair of CreatiVets. She has served as elected leader of the Chicago Association of Healthcare Executives and of the American Society of Dental Foundation Executives. She is a member and has served on the national public relations committee of MENSA. She volunteers her time to Veterans’ causes in memory of her father, Herbert E. Galbreath. He served as an engineer in the Pacific during WWII and succumbed to mesothelioma as a result of his service. Mellor retired from her nonprofit career in 2016. Currently she is an innkeeper at Buckhorn Inn in Gatlinburg.

Captain Mary Elizabeth Neill, Dental Corps, United States Navy
The daughter of a Navy Dentist, CAPT Neill was born in Marine Corps Air Station Cherry Point Hospital and was raised in Baltimore, MD. Earning a BA in biology from the University of Maryland Baltimore County, CAPT Neill went on to study dentistry at the University of Maryland Baltimore College of Dental Surgery, graduating with honors in 1985. She entered private practice in White Plains, NY and after three years chose a life of service in the Navy Dental Corps. Commissioned as a Lieutenant she reported to Naval Dental Center Norfolk, VA with a follow-on operational assignment aboard the USS Vulcan (AR-5) serving as Asst. Dental Officer deployed in support of Operation Desert Shield and Desert Storm in 1990-91.
Promoted to LTCDR and selected for out-service residency training in Periodontics she attended the University of Texas Health Sciences Center SA. She graduated with distinction earning an MS and Certificate in Periodontics and was the first recipient of the American Academy of Periodontology Foundation Dr. and Mrs. Gerald M. Kramer Award for Excellence, presented to the top graduating resident in the nation. A Dept. Head tour followed at Naval Dental Center NW, NAS Whidbey Island where she achieved Diplomat status from the American Board of Periodontology, was promoted to CDR, and selected to serve on the faculty of Naval Postgraduate Dental School, Bethesda, MD. During her full-time academics assignment CAPT Neill was selected to serve as Navy Dental Corps Career Planner and reported to Bureau of Medicine and Surgery in 2002. Upon completion, she was promoted to Captain and selected to lead the integration of medical and dental services and oversee construction planning of the combined facility as the first Director, Washington Navy Yard Branch Health Clinic. Returning to academics in 2006- 08, CAPT Neill was appointed Chair of Periodontics with oversight of the residency program Specialty Leader to the Surgeon General, and Consultant to the BUMED Oral Health Advisory Board. CAPT Neill’s diversity of Executive Medicine assignments include: Director Ambulatory and Emergency Services, National Naval Medical Center Bethesda, Deputy Chief of Staff, Navy Medicine National Capital Area (plank owner), Executive Officer, Naval Hospital Oak Harbor, Commanding Officer, Naval Health Clinic Quantico, Chief of Staff Navy Medicine East, and forward deployed Commanding Officer NATO Role III Multinational Medical Unit Kandahar, Afghanistan. Upon returning from deployment she served as Special Projects Officer US Fleet Forces Command, spearheading the Fleet Mental Health initiative. A 2016 Distinguished Graduate of the College of Naval Warfare, US NWC Newport RI CAPT Neill was awarded a MA in National Security and Strategic Studies and additionally designation in Enterprise Strategic Planning. Her utilization tour was assignment to CNO OPNAV Pentagon Staff as Deputy for Medical Ops, Policy and Planning. CAPT Neill maintains a full-time clinical practice of Periodontics and professional membership in the American Dental Assn, American Academy of Periodontology. She is a fellow of the American College of Dentists and International College of Dentists, and a Diplomat of the American Board of Periodontology. CAPT Neill’s awards include the Legion of Merit Medal (4), Meritorious Service Medal (4), Navy Commendation Medal (4), Army Commendation Medal, Navy and Marine Corps Achievement Medal (2). Of all personal decorations, recognition as “ Honorary Chief Petty Officer” conferred while forward deployed to Afghanistan is the most cherished. 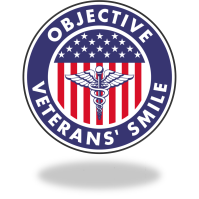